Collins Street Baptist Church has a long and colourful history. For more than 170 years it has been home to a community of people committed to the Christian faith and to living that faith in the City of Melbourne. The first chapel was built on the present site in 1845. However, by the 1850s the congregation has outgrown its space. Joseph Reed, the architect who designed the Melbourne Town Hall, demolished the original structure and replaced it with the present one which opened in 1862. The classical temple façade with its four Corinthian columns places the building in the neo-Greek architectural tradition rather than a Gothic style used for many of Melbourne’s churches. The steps and lamp standards enhance the building’s grandeur, and the portico, with its finely detailed dentils and brackets, is the oldest reasonably complete surviving example of any non-residential building in Victoria. Heritage Victoria describes it as the grandest classical church in Victoria. 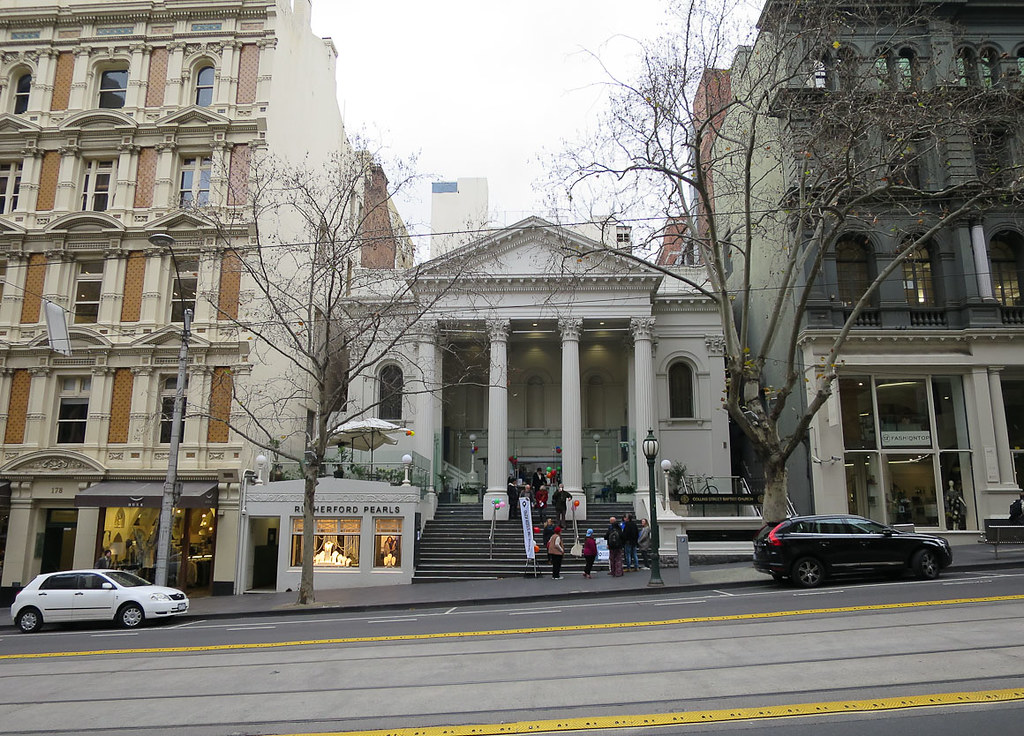 Join me and you won’t be disappointed! No Spam – ever!