We’re developers, researchers, lecturers, and critics… but what inspired us to join the games industry in the first place? Did we play games for fun, once upon a time? Analysing games when they’re supposed to be ‘just for fun’ is sometimes frowned upon online, but it’s also how we can encourage positive change in the games industry. We talk about what it really means to think critically about games, the benefits it has, how we still manage to enjoy the games we play, and how you can too.
Panelists

How do you distinguish between serious and fun games?

In essence Games are lying to you. They have to make the player believe in an environment that truly doesn’t exist. And the only way to make it fun and more enticing, from a human behaviour perspective is when it’s going in your favour. That is in essence how people say they are having fun. 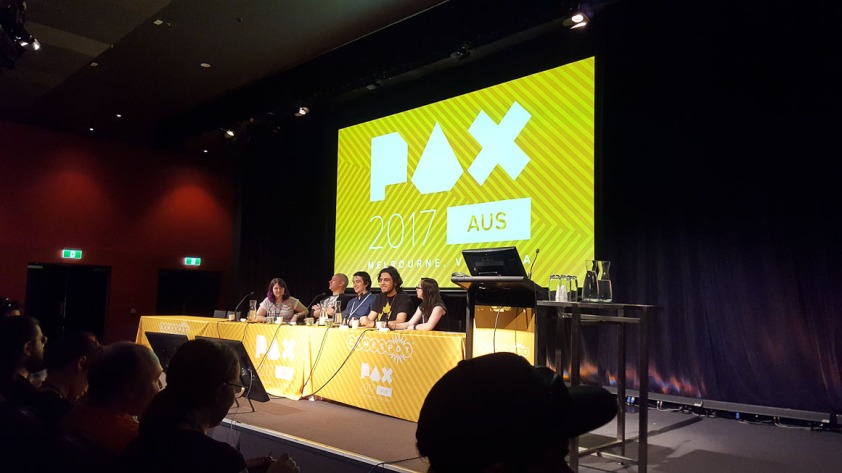 Thus, games, inherently are rooting for you to win. Case in point, Bioshock. Every enemy’s first shot is designed to miss you. This gives the player time to react. It would be no fun if you got shot in the back all the time.

Behind every game, the developer had an intent as to why they created it. And how they executed on it, is worth looking into.

For example, the weaponis overpowered. In actual fact, the boss might not have enough health.

Or, this example. Game is in beta. 2 teams, same game, one team felt weapon oveepowered. Designer tasked to fix it in 5 days. After 4 days of watching in game footage and being in some games found 2 things:
– aggressive gameplay is a much better strategy overall.
– the sound of the same weapon in 2 different teams is different. So the designer downloaded Audacity, upped the base by 700% and it fixed it!!

Also, why is the term, “just for fun” used. Seems like it’s very reductionist.

Games can be for fun or whatever else you want it to be…just don’t tell me how “I” should feel about it.

Platformers – they are built to have a 1 second after jump sequence. Much like the coyote in road runner who goes off the road, pauses, then falls. Well in some platformers, they make it so that such a misstep is still classified as a good jump. However as games are designed to inspire us, when this tip was exposed, some gamers becam irate.

Games in essence, are designed to be hard. And as a developer you only know that you are doing well when people are complaining about different aspects of your game. If no one is complaining then it means that your game is crap.

Then when people do complain, you work out whether it’s a real issue or if it goes away.