It's been a while but I'm #back

The Victoria Police Mounted Branch will have it’s last year in this beautiful location. 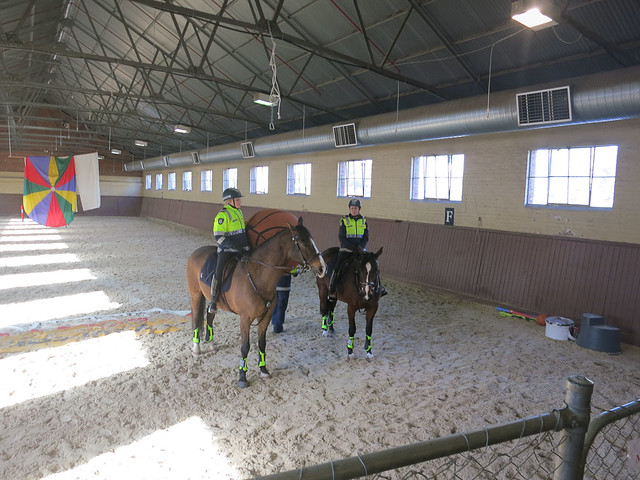 For one hundred years this has been the Operational Headquarters for Mounted Police in Victoria. This building is one of the largest stable buildings constructed and still remaining in metropolitan Melbourne. The architectural form of the stables, riding school and drill hall demonstrates the reliance on the horse as a means of transport for police work at the time it was built.

The original design for the riding school and former drill hall was for one large, open space divided in the centre by a mezzanine viewing platform. The riding school is located in the wing extending east from the octagonal entrance hall. The police stores and workshop buildings, as remaining elements of the entire complex, help link the buildings and contribute to an understanding of the historical use of the site.

Horses have been used by police in Victoria since the Military Mounted Police rode into the colony in 1836. The establishment of Victoria Police in 1853 brought several mounted units together under the banner of the Mounted Branch.
Horse and rider numbers increased in line with Victoria’s population, until they reached a peak in the early 1900s with 211 Mounted Stations throughout the state.

The introduction of the motorcar replaced the horses at these stations until the last Mounted Station at Buninyong was closed in 1965.