Three words: Cane Toad Races. It’s one of those things, that are so…not what you expected, yet so big and popular that you’d regret for having missed it. 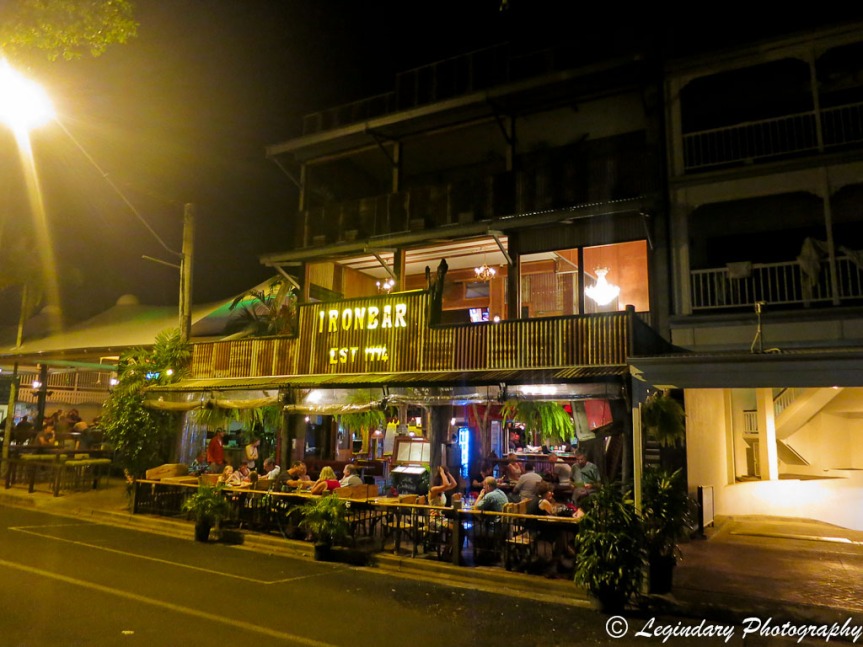 The place has a very old and rustic feel to it. And whilst it was established in 1994, the building is much older than that. On the inside, towards the bar, the light fittings were replaced with hollowed out metal buckets. The bar was well stocked as you’d expect and they even had their local iron bar ale going. You’re going there once, try it out. It was nice and light and not too heavy on the palette. 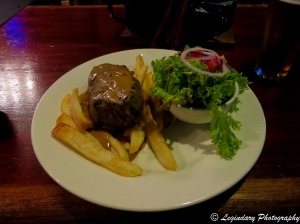 When you’re on a holiday, spending can go out the door and that was very true of the amount I spent at this place. For mains, I chose to have the steak with mushroom sauce, chips and salad. Suprisingly, it wasn’t as expensive as Melbourne, yet it was just as good. They cooked exactly how I liked it and it was scrumptious. I thought the salad was a little bland just from the looks of it. However they used balsamic vinegar and another ingredient which just made the leaves come to life in the mouth. I don’t know what the other ingredient was, but it was phenomenal. Definitely recommend you enjoy this one if you’re there. 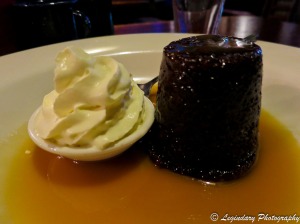 Sticky date and coconut pudding with whipped cream in butterscotch sauce. Yes. Feel the diabetes pouring out of your eyeballs. And yes, it was just as amazing as it looks. Heck, I can still taste the date, with the diced coconut in my mouth, the butterscotch coating the entire thing. And when cutting through the pudding, the butterscotch poured out of it too. All just damn delectable.

Cane Toad Racing was more of a curiosity than anything else. Given that everyone recommended it, I had to check it out. They have some hilarious names for the toads and it’s always based on some characteristic. For example, Fat Bastard is the quintessential fattest Toad amongst the lot. It’s $5 entry to see the show and in the later races, you can bet on which toad can win. Some of the top prizes up for grabs were quite good – the breakfast with the birds (something I did and will be covering separately), a champagne and a skyrail pass. It was good. For the people that missed out, there were beers and soft drinks available. However, after a few races, admittedly, I kinda lost interest. But, for $5, it’s a great bit of local entertainment.

A great night out, with amazing food, but not so much for the drinks.

And I ended up spending $53 (in case you were wondering).